On 9 January 2018, The Economist published an appreciation of this work, which had just come out in Russian. The article doubled as an obituary. It described how Father Sergei Ovsiannikov, an Orthodox priest, had travelled from his parish in Amsterdam to Petersburg some weeks before to launch his book in a climate more inclined to obstruct journeys to freedom than to encourage them. Having contracted pneumonia, he was urgently flown back to Holland, where his condition proved incurable. He died on Orthodox Christmas Eve, 6 January 2018. These circumstances lend the book peculiar authority, its author having been somehow a martyr to it.
Journey to Freedom is partly testimony. Arrested in 1973, a soldier in the Soviet army, Ovsiannikov found himself in solitary confinement. He faced his inner unfreedom, a function of fear. ‘The method for making a human being manageable was simple: instil fear in him.’ The regime had done this. It had worked. How? ‘It turned out I did not know how to think’. Refusing to cede victory, he decided to engage in battle, first of all putting his head in order. Thus he can write, without irony: ‘It was in prison that freedom came to me’.
He says this is not a how-to book; yet somehow it is nonetheless. In a shrewd manner, at once practical and learned, often funny, Ovsiannikov engages with obstacles to freedom, showing us ways to overcome them or, where appropriate, to unmask them as mirages of unhealthy projections in our mind or sensibility.
The topic has universal appeal. Who does not carry shackles of some sort? Who has not had the sense that these gradually morph into our feet to become extensions of ourselves and, so, irremovable?

We like to assume that what stands between us and freedom is an accident of sorts; that we were at some point, be it at the moment of our birth, gloriously free, but that something then happened which curtailed our liberty. We spend years of our lives, perhaps, on analysts’ couches trying to identify that moment of destiny, wishing to reclaim what we consider ours by nature and by right.
Ovsiannikov tells us to stop deluding ourselves. He states, matter-of-factly: ‘Man by nature is not free’. Of ourselves, we have no idea of what freedom is. There is no original shacklelessness to which we can return. The journey, graced, lies ahead. It is prospective, leading into newness. Like a broad meadow after a night of snowfall, it is virgin territory.
To step out into the open, we must understand the nature of our prison. Its walls are made of fear, as we have seen. But if we fix them with a determined gaze, they crumble. ‘It turns out that if you take a good hard look at fear, it does not like the feeling. Fear wants to get away. And then it leaves behind a territory in which freedom may be born.’ The snowscape suddenly surrounds us, reflecting the sun. We discover joy, which is a sign that we are going the right way. I heartily agree with Ovsiannikov: ‘Freedom equals joy.’ Once we stop thinking, oh so boringly, that we have a claim to freedom, we can receive it freely, as a gift, a surprise.
The central chapters perform an autopsy of the corpse of fear. Ovsiannikov draws on the Desert Fathers, whom he expounds deftly. He draws on pastoral wisdom gained through a lifetime as a confessor (one sees why he was sought after as such). He draws, too, on the example of people known to him whom he sees as models of freedom. The book is benignly haunted by Anthony of Sourozh, from whom the author says he ‘learned silence’, but not only; at times one has the sense of hearing the Metropolitan’s tone of voice, and very pleasant it is.
Of special interest is a chapter on political freedom. One doesn’t expect that in a spiritual book, except, perhaps, in one written by someone who grew up in the Soviet Union. Ovsiannikov reflects on how expectations of freedom differ according to conditioning. In Russia, says he, notions of freedom presuppose heroic gestures. In Holland, they are tied up with discipline. ‘With us a man is ready to plug a leaking pipe with his own flesh. That would never enter a Dutchman’s head, God forbid! He would do everything so that the pipe will never leak.’ A simple illustration, but a helpful one. It points to a discipline of discernment which, if practised, could assist in all sorts of fixes in which Europe finds itself right now.
Ovsiannikov was brought up to sacrifice all for the Motherland. When a Dutch survey was launched, asking, ‘Are you ready to give your life for your country?’, he was interested in the result. It turned out no one answered Yes! This is not, he insists, because the Dutch do not love their nation. Only, for them, the Motherland ‘is not a state for which one should die. The Motherland is a home one can return to’. He explains what this means by looking intently at works by Dutch seventeenth-century Masters, who painted suites of ordered rooms and beautiful still lives while the Low Countries were in a state of war. Theirs was not an opting out, but a silent protest. They pointed to the source of formative and lasting liberty, convinced it resided, not in abstract formulae but, precisely, in ‘a home you can return to’, in an inhabitable space in which you can welcome guests.
There is freedom, then; and there is freedom. It matters to tell them apart. Real freedom cannot be reduced to a figure of rhetoric, political or spiritual. Back in that Soviet prison, Ovsiannikov heard, ‘very clearly’, these words in his heart: ‘Freedom can only be in God’, which is to say: it is a gift we must dispose ourselves to receive. It is an encounter, a continuing discovery pressing us ever onward as the horizon extends into infinity.
Sergei Ovsiannikov stands before us as a free man, joyful and grateful. His book reads like an extended doxology. He writes: ‘Joy comes to the thankful soul. Recently I was convinced of it again. During a walk, I quietly found and opened my little flask of joy.’ I can quite see him opening that flask, taking a good swig, putting it back into his pocket with a knowing smile.
He is able to express himself with epigrammatic precision. A florilegium of sayings could be compiled from this lovely, helpful book. ‘Often, in order to begin to live and not to imitate life, a catastrophe, or at least a crisis, is called for.’ ‘One needs not so much to be taught freedom as to be prepared for it.’ ‘The one who comes out into liberty is another man, who simply did not exist before. He is as if hatched from an egg and looks at the new world with amazement. For, like the man, this world has not existed before. Everything is new.’
As one would expect from Pevear and Volokhonsky, the English translation is exquisite. 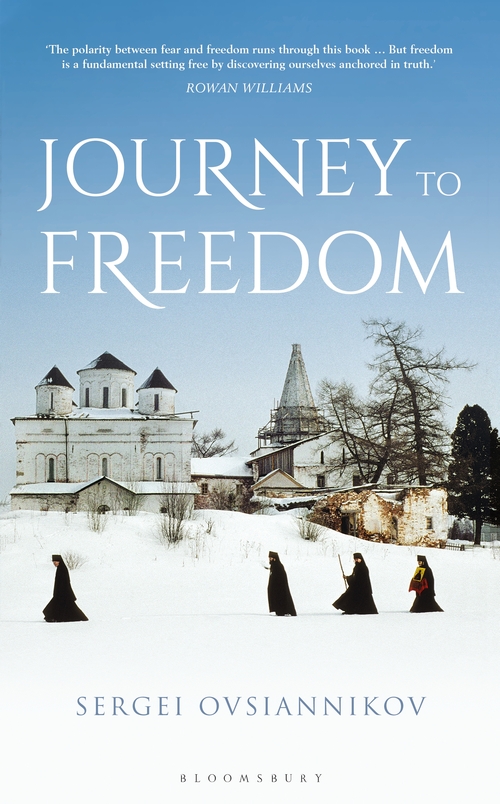