1. Sunday of Advent A

You can find the French original if you press on ‘Norsk bokmål’ in the top left-hand corner of your screen.

After the mounting cacophony that marks our readings for the liturgical year’s two last weeks, which evoke the end of this world, the introit of the First Sunday of Advent rises like music from another sphere: Ad te levavi!

Hearing this chant, we feel like a hiker who thought he had lost his way, who when night fell no longer knew where he was and proceeded with his heart in his throat, appalled by the night’s phantasms, but then noticing the shimmer of a light that kept him moving after all. The shimmer eventually revealed what seemed impossible: a candle lit in the window of a friend’s house! The light’s promise was not merely of safety. The hiker knew he would find himself provided with a dry set of clothes; that he would be seated at table, where a meal would be served; and that around him dear people would say: ‘How we have waited for you! Now you can stay and rest.’ Such a one doesn’t need a Psalmist’s instruction to do what the introit bids us. His soul spontaneously rises. Its sole desire is to sing: ‘My God, I trust in you! I shall not be put to shame; those who hope in you will not be put to shame!’

Advent proclaims the possibility of a universal new beginning, though not by way of a cyclical notion like that of Canaanite religion, which held that the earth is reborn annually at the time of sowing, giving men and women, too, cause for revels of excess. Secular Christmas — to hide a little sadness, perhaps? — has much in common with this cult. It is important to insist on the Christian difference. The renewal which the Gospel announces is no mere recharging of batteries. It speaks of youth restored. 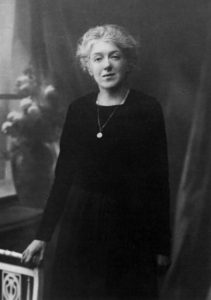 Now, one has no need to be old in years to know the opposite of youth. I was recently touched (and a little troubled) to read a letter Marie Noël once wrote to her faithful friend, Fr Mugnier. The poet was not doing well. On account of illness? No, the reason lay deeper. ‘I suffer from a senescence’ she wrote: ‘Je souffre d’un vieillissement’. By way of explanation she added: ‘The source of my music has dried up.’

Marie Noël went through this crisis in 1928. That year she was more or less the age I am now. I flatter myself that in speaking of senescence she referred not so much to the nearness of death as to soul-fatigue, an interior paralysis. That kind of existential ageing is epidemic now. One encounters it in the young. It is not rare to meet downcast adolescents who have the sense of having lived a hundred years, of having no zest for life, vulnerable to the dark attraction of annihilation. It’s as if the sap in them had dried up or petrified.

God became man to heal this malaise. For our forbears in the faith, this was self-evident. They lived in a crepuscular world, and knew it. Think of the hymn we sing at vespers during Advent. Its texts dates from the seventh century — right in the middle of the ‘Dark Ages’. The beautiful third verse voices deep insight:

When the world inclined towards its night
You emerged like a bridegroom from his wedding chamber —
The most pure enclosure of her who is both Virgin and Mother.

The womb of the Theotokos is rightly thought of as a ‘wedding chamber’. There the divine Logos was lovingly united to our human nature. This nature, weighed down by sin, haunted by death, was invested with a spark of glory that henceforth never ceases to stir us, refusing to leave us in peace. It reminds us what our being, athirst for glorious rejuvenation, is capable of.

I love a footnote Henri de Lubac, one of the last century’s great theologians, added to a homily by Origen on Exodus. Explaining the verse in which the Lord gives Israel the promise of manna, Origen was intrigued by the verse, ‘In the morning they will have their fill of bread’. In it, he saw a reference to the incarnate and eucharistic Christ as eternal Morning Star. This is where Father de Lubac, in an otherwise austerely erudite apparatus, permits himself this outburst: 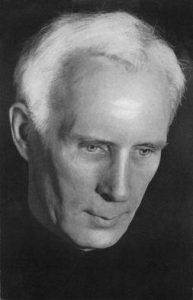 For Origen, Christ gave back to an ageing world perpetual youth. He conveys the sense of joy that bore up the earliest Christian communities, conscious of being heirs to a most ancient tradition and at the same time of inaugurating a new world. It still depends on Christians of today whether Christianity will appear to all as the world’s youth and its hope.

Here we have the task before us: to inaugurate a new world, to be bearers of hope, to reject the seduction of the night, and to walk resolutely towards dawn. By living thus we shall know the joy of faith. It will be authentic as long as we embrace the challenge which the Gospel presents to us in Advent. Let us be renewed by the grace of the incarnation. God became man not just to be adored in his humanity; he was adorable enough as it was. He came to us to transform our lives. May our soul, then, rise and sing: ‘O God, you are my God; I count on you; make me worthy of the promises of Christ!’ This prayer, which the Church puts on our lips, will rejoice God’s heart and be heard. We mustn’t dither. Hesitation is old and nocturnal, the antidote to youth.

To you I have lifted up my soul, O my God; in you I put my trust; I shall not blush. Neither will my enemies exult over me. Indeed, no one who hopes in you will be put to shame.

Introit for the First Sunday of Advent, drawing on Psalm 24:1-3.