You can find a documentary film about Sr Marie-Ange’s community here. 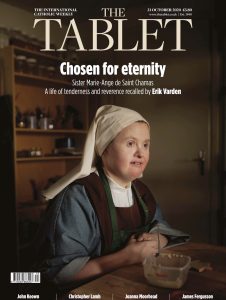