Ordination to the Diaconate

You can find a Polish version of this homily here. 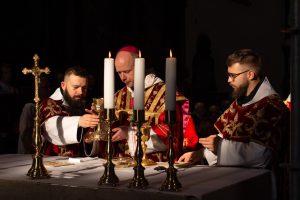