The 17. May arouses warm feelings in Norwegian hearts. Almost everyone takes part in celebrating this day. I can’t think of any other secular national holiday anywhere characterised by such light, cheerfulness and, well, innocence. It wouldn’t occur to any Norwegian to commemorate the modern refounding of our nation with military parades. Thank God for that. Instead, thanks to the scenographic genius of our poet Bjørnstjerne Bjørnson, we delight in that marvellous phenomenon: the flag-parades of cheering schoolchildren. 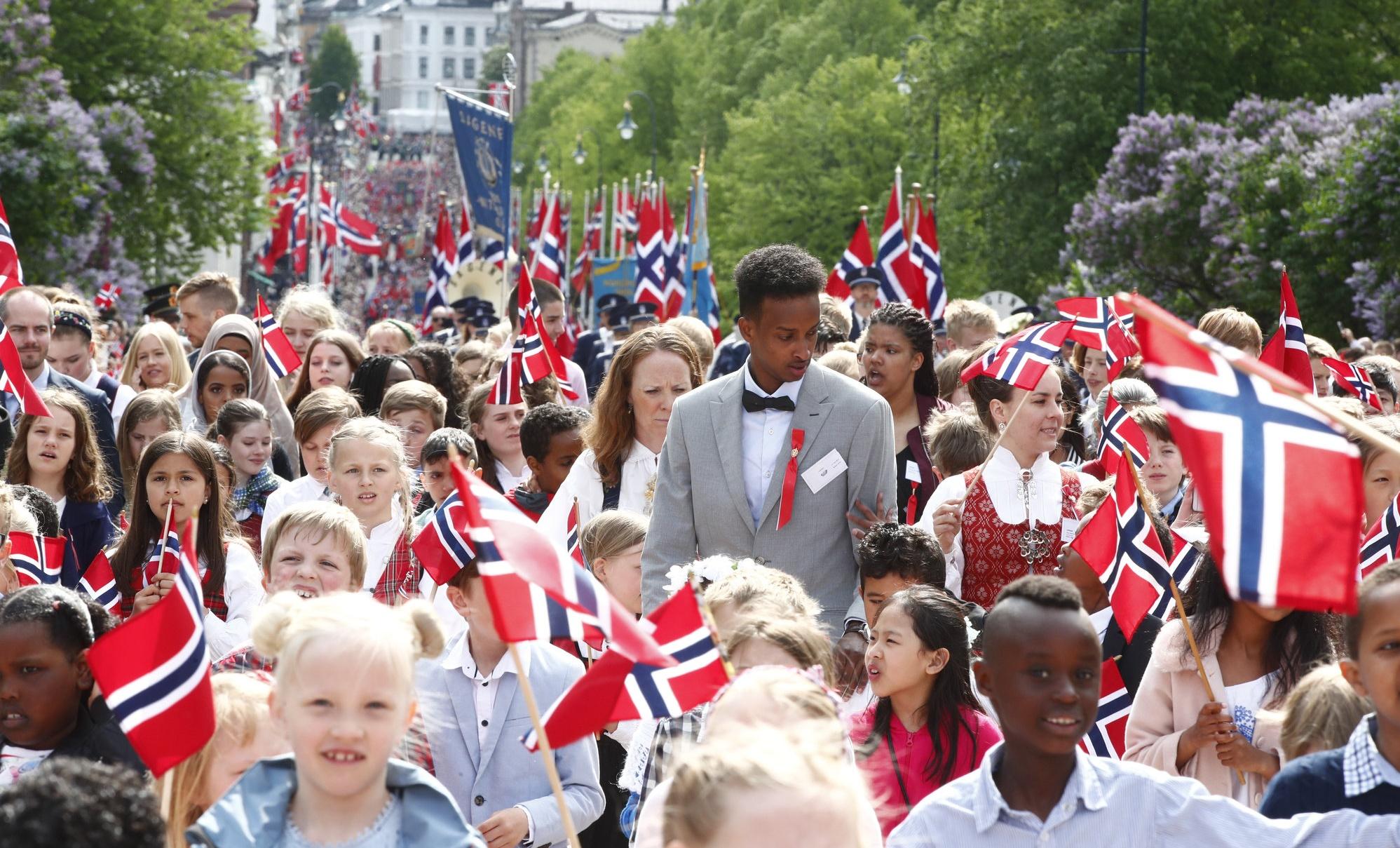 In Norway flags are waved are waved without aggression. Our shouts of ‘Hurrah!’ are not directed against anyone. What, though, are they for?

To shout hurrah simply ‘for Norway’ would be a little too vague; it’d be an expression of mere jingoism unrooted in any specific value, a banal sentimentality stressing the excellence of the place in which I myself happen to live — self-congratulation unsubtly disguised!

Were we pressed to think more deeply, most of us, I suppose, would say that our Constitution Day is about freedom and peace. These terms provide a firmer foundation, but don’t leave us entirely steady. They call for definition. What is freedom? What is peace? Let us consider the questions briefly.

The Fathers who drafted our constitution at Eidsvoll in 1814 (who, as Francis Bull remarked, were ‘largely much younger men than the term, “Fathers of Eidsvoll”, tends to suggest’) formulated a charter for a free nation. Outwardly, freedom was defined as autonomy from the interference of other states. Inwardly, it was defined as the freedom to own and manage property and as freedom to participate in representative government.

It was taken for granted that such freedom did not extend to all. It took a hundred years before women were given the right to vote. A long time was likewise needed to extend the notion of freedom enough to embrace three undesirable categories of human beings whose exclusion from the reign was specified in the second paragraph of our original constitution. The ban on Jews’ entering Norway was lifted in 1851. Monastic orders were admitted in 1897. Jesuits, the remaining outcasts, were held in sufficient suspicion for their exclusion to be embedded in law until 1956. We have every reason to be grateful for a societal evolution that has gradually extended freedom to all. Though is it not too optimistic to speak of ‘all’?

The Constitution of 1814, in a series of paragraphs legislating for royal succession, established the right to succession of the unborn. I had assumed that this clause had since been suppressed, though when I looked up current legislation to check, I found it still in place; indeed it has been promoted from §8 (in 1814) to §6 today: ‘An unborn child shall also be included among those entitled to the succession and shall immediately take her or his proper place in the line of succession as soon as she or he is born into the world.’ It is impressive thus to find an unborn child’s integrity, rights, and fitness to assume responsibility recognised by law. However, in this area we ascertain a stark discrepancy between the constitutional principle and societal practice, alas.

This should cause us to reflect. We speak much of an ‘inclusive society’. This is excellent. We Catholics live within an inclusivity that reaches round the globe and extends into heaven. The risk is that, once the heavenly dimension is left out, the inclusion of one presupposes the exclusion of another, especially of those who have no voice to speak for themselves.

In last Sunday’s collect, which I used at the beginning of this Mass, we prayed for grace to obtain ‘true freedom and an eternal inheritance’. The specification ‘true’ is of primary importance in the life of both Church and state. As far as contemporary Norway is concerned, not everyone shares our Christian values: that is something we must accept and respect. However, we cannot surrender a key notion like ‘freedom’ to purely subjective, pragmatic interpretation. If we do, it may happen — indeed, it almost certainly will happen — that injustice is committed in the name of freedom. The children’s shouts of ‘Hurrah!’ on this day challenge us to ask: What sort of freedom are we passing on to them? Do we enable them to grow up and mature into true freedom?

Peace is the second principal dimension of today’s commemoration. On 17 May 1814, ‘peace’ meant a new European world order. The young Fathers of our nation sought to give Norway its rightful, adult place in a brotherhood of nations. In our century, ‘freedom’ is tied up with the liberation of 1945. Still for my generation, the Second World War was simply the War. We have grown up taking it for granted that it, the War, was a thing of the past and that we, endlessly privileged post-war citizens, were walking a path that would surely lead to ever greater progress and prosperity.

The feeling of security has long since yielded to an anxious lump in the stomach. The past few months have loosed the word ‘war’ from its mooring in the past. It now sails on the horizon. We realise how brittle peace is; how exposed we are to one another. We realise that the word ‘peace’, in order to be meaningful, cannot simply refer to the situation within national borders; it must be marked by global responsibility. Peace is about more than my, our, relative safety behind our garden fence.

This morning I read a chapter of Ruth Maier’s diary. Ruth arrived in Lillestrøm in 1939 as a Jewish refugee from Austria. On Constitution Day in 1940, she wrote: ‘Aftenposten [a major newspaper] carries a photograph of a cherry tree in blossom, a snow-covered mountain, a lake. Underneath this text: “God bless our lovely fatherland”. On the West Front, men butcher other men. 17. May!’ Ruth was deported from Norway alongside 528 other Jews aboard the DS Donau in the wake of the Norwegian Judenaktion of 26 November 1942. Who would have thought that such action could take place in our amiable, dear, and flag-waving nation? The remembrance, which is of the highest importance, urges us to consider our own times with a realistic, constructive, and critical gaze.

How do we today define ‘peace’ for our land and for Europe? What are we prepared to fight against. What do we fight for? We need a guiding star to follow. It twinkles at us in Jesus’s words in today’s gospel: ‘Peace I give you, my peace I leave you—not the peace this world gives.’ May God grant us wisdom to discern the difference, to ensure that it is Christ‘s peace, not the counterfeit feeling of peace simulated by the prince of this world, that is allowed to rule in our hearts, so that we, on that foundation and none other, can establish the peace of true freedom in our nation, having the courage to live, fight, and, yes, die for it, if that is what it takes. In Christ’s name! Amen. 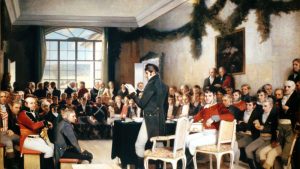